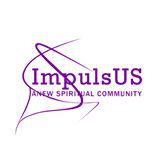 Rev. Bonnie had her first direct experience with God at age five while tending to the radish garden in her backyard. “I fell to my knees”, she said, “and started singing All Things Bright and Beautiful. What I felt was a cosmic blanket of Divine Love which has never left me.”

She received her undergraduate degree in Religious Studies at the University of Puget Sound, Tacoma, WA where she realized the common message across religions. She discovered Science of Mind™ and became a spiritual practitioner in the mid-90s after four years of study and certification. For five years she had a full time private practice with an office in Seattle working one-on-one with clients specializing in revealing health and realizing business success.

Reverend Bonnie was ordained by Vici Derrick Ministries; an independent New Thought Ministry in 2001. In 2003 Barnard read the second most cited reason people didn’t forgive is they didn’t know how to. Receiving this as a charge, Barnard wrote Forgive Your Way to Freedom (2004) and traveled the country and Canada for eighteen months teaching people forgiveness practices. In 2009 Barnard would receive her next clear directive of entering into silence and solitude. She called this period “birthing her Soul.” This period would last three years. Barnard would reintegrate to write several more books and complete her Doctorate of Divinity in 2013 through Emerson Theological Institute.

In mid 2013 Reverend Bonnie traveled to Los Angeles for eight months to participate in the Agape International Spiritual Community to learn how to birth, establish, and grow an actively practicing spiritual community. She returned to Scottsdale, Arizona and with Amy Flosi, RScP, Dr. Michael Wheat and a few practicing guests envisioned ImpulsUS into being.

Rev. Bonnie authored several books:
Forgive Your Way to Freedom (2004)
A Year of Go(o)d: Daily Practices for the Mystic in Training (2013)
Affirmative Prayer: Becoming Your Owned Answered Prayer (2013)
Qualities of God Qualities of Being (2014)
Metaphysical Lent (2014).
She is a sought after speaker, teacher, and spiritual practitioner.